Confederate Yankee is all over another of the countless double-standard examples of liberals making racists remarks against conservative African-Americans and getting away with it.

Oh oh….looks like a pouty Brown Sugar is going to ask Daddy to buy her another pair of Ferragamos Or invade another country. 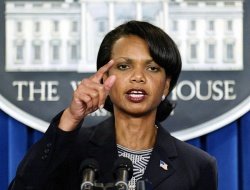 As ConYank says, Tolerance.  It is a liberal value.  Except when they don’t feel like it.