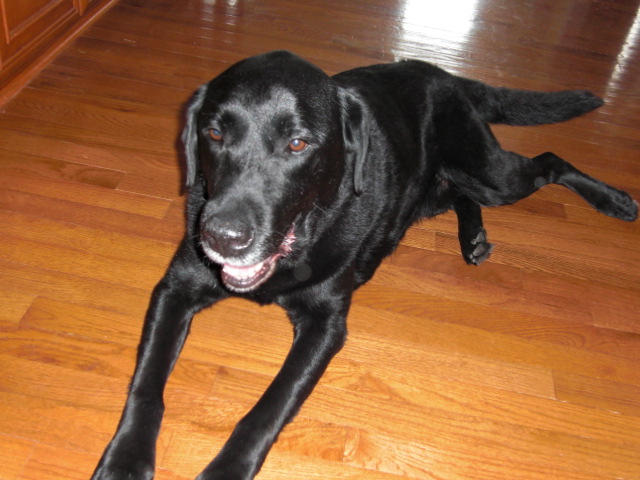 Hey gang!Â  My sincere thanks for the hearty posting that Dan has done for most of the pre-Election period.Â  THANKS DAN.Â Â  You can all see and hear Dan and his election analysis tonight at PajamasMedia TV.Â Â  Dan will be at PJTV’s Los Angeles HQ this evening.

I will use this posting for occassional updates throughout the night.Â  Feel free to comment at will.Â  First big states to close:Â  Indiana, North Carolina, Virginia.

6:50 PM EASTERN – We have a very hot Governor’s race and US Senate race here in North Carolina.Â  I’ll be keeping special attention to those races for you.

7:09 PM – FOX News’ Major Garrett reports that the Obama campaign is not encouraged about picking up North Carolina.Â  “The Republican turnout around Charlotte has been heavy” — according to Major.Â Â  Well, we did our part!

8:21 PM – Election Night coverage had to take a break — Saxby and Shadow needed a walk around the neighborhood.

8:30 PM – Looks like all of the major networks have now put Pennsylvania in Obama’s win column.Â  Big loss for McCain.Â  But Obama still has to pick up a Bush State in order to win the White House.

9:16 PM – I’m getting bored.Â  All of the good races are too close to call with no end in sight.Â  I will stay up at least until the NC Governor’s race is settled.

By the way, Jack Murtha (D-PA) is in a tight race.Â  But it looks like early returns so far… I have my eye on that race.

9:19 PM – It looks like Obama will be the next President.Â  Ohio is now officially called for Obama by FOX.

10:03 PM – About the only good news for Republicans tonight:Â  The Dems will NOT get 60 votes in the US Senate.Â  Hallelujah!Â  Roger Wicker wins in Mississippi.

10:19 PM – I find myself the most apathetic I have ever been on an Election Night.Â  Maybe I wouldn’t be if this was dragging on longer.Â  But even earlier today, PatriotPartner and I (both no fans of McCain) both remarked we weren’t as “invested” as in previous years.Â  I voted against Barack Obama, not for John McCain.

10:28 PM – Well it is official.Â  Pat McCrory has lost the Governor’s race in North Carolina.Â  So I’m retiring for the night.

Don’t forget…. Dan is over at PajamasMedia TV!