New Orleans gets some snow — caused of course by Global Warming(TM).

For the first time in nearly four years, snow fell across the New Orleans region this morning, with flurries reported on the north shore and in the city, Metairie, Kenner, LaPlace and other parts of the south shore. By around 10 a.m., the snow had mostly stopped, replaced by freezing rain in many places, making driving treacherous. By noon, the precipitation had mostly ceased altogether.

By mid-morning, enough snow had accumulated on the ground in some areas to lure children and adults onto their front lawns to build snowmen or have snowball fights. 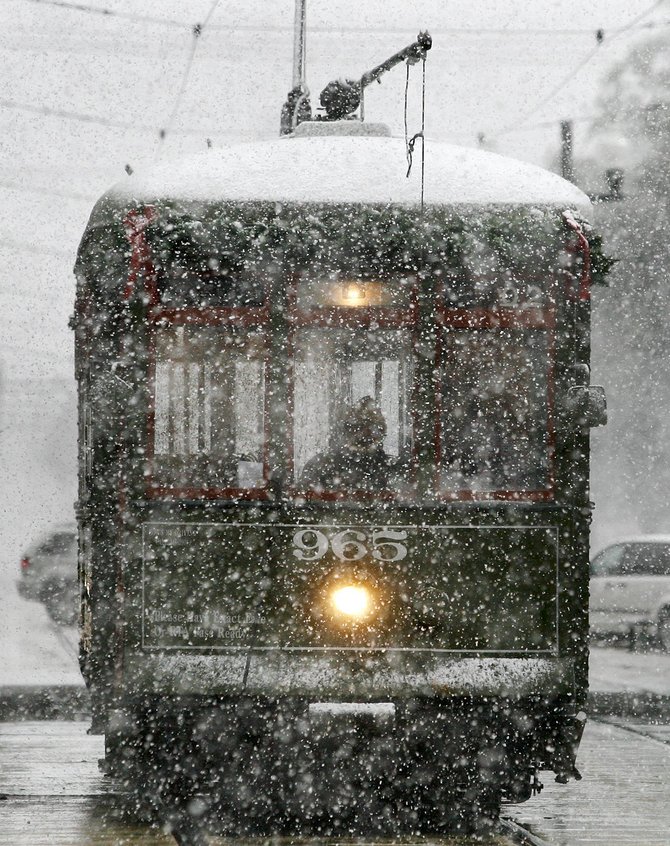 And Houston got some white Global Warming as well.Â  How’s the shoveling going, Peter H.?

Al Gore must be touring the South because I’ve been in Dallas all week and it has been cold as all get out.