On September 11, 2001, I was working two blocks from the White House when the world came to an end.Â  Or so it seemed that day.Â Â  I have never felt as scared for my life and my family’s lives as I had that day.Â  And over the following days and months, every time I drove into Washington, DC for work, I expected that day would end with a horrific explosion and thousands dead. 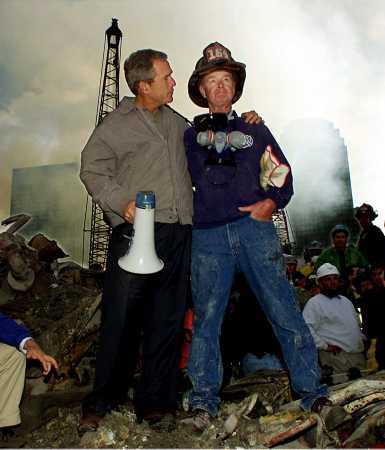 But it never came.Â  President Bush promised he would take the war declared on America TO the enemy.Â  Instead of fighting the war on terror as a litigated, criminal enterprise, President Bush realized this was a war and treated it as such.

As he leaves office today, I would like to personally thank President George W. Bush for doing everything he thought was right in order to keep me and my fellow Americans safe since 9/11/2001.Â  While his decisions on prosecuting the war have been controversial, but the results matter.

No matter what happens, we can always say that America was never attacked again after 9/11 thanks to President Bush.

God Bless you, Mr. President.Â  Enjoy your time off and know that millions of Americans thank you for your dedication to protecting us from our enemies in a time of war.