I would have posted more pictures from the “Tea Party” on Santa Monica Pier right after the event, but was not getting good reception from my wireless card at the Cafe where I went after the rally with some great people I met there.

I had a great time; everyone was friendly. We were all impressed with the crowd, maybe as many as 200, given the short notice and the fact that in far-flung LA it was at one of the fringes of the metropolis. And it was a work day for most.

Oh, and to our constant critics, I regularly identified myself as a blogger at GayPatriot and, guess what, no one had a problem with my sexuality. In fact, one of the organizers said if he had known I was there, he would have invited me to speak.

The crowd as as ethnically diverse as the region and its politics ran the gamut from socially liberal Republican fiscal hawks to social conservatives to disciples of renegade Republicant Ron Paul. There were some cute guys as well as attractive women as some of the pictures below show:

This one I chose just for one of our most devoted readers, known to those who peruse the comments section as ILoveCapitalism. 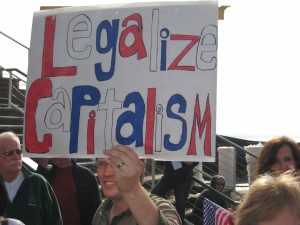 I think some of our readers would say, “Yes,” to this guy: 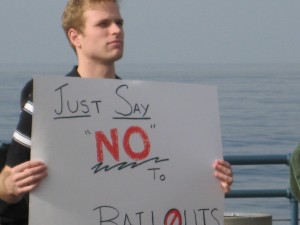 And one for the ladies: 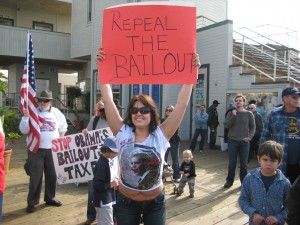 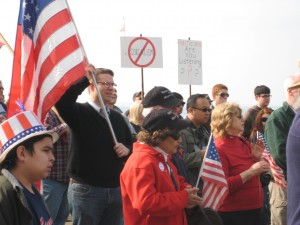 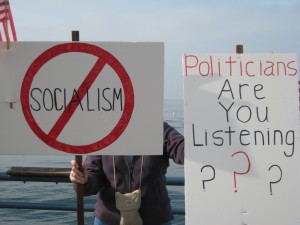 Looks like one protestor is resigning himself to the Obama era: 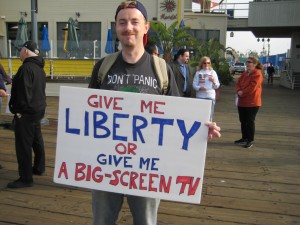