You know, if this were a map of, oh I don’t know…. anti-war protests against the Bush Administration in nearly every state in the USA…. there’d be national news coverage every day bordering on hysteria. 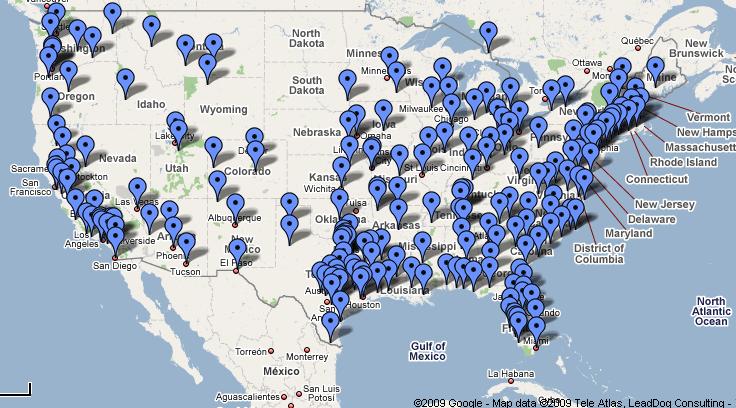 But since this is a map of ordinary Americans standing up spontaneously against the tyranny of Washington, DC spending — nary a peep. (h/t – Instapundit)

UPDATE (from Dan):Â  About this map, the ever-insightful Jennifer Rubin offers:

You’d think a mass movement with hundreds of events in nearly every state would gain some more mainstream media attention. I wonder if the numbers attending will surpass the number of â€œpledgesâ€ (actual, not the triplicated copies) collected by the president’s perpetual campaign (Organizing America).