I didn’t make the Pasadena Tea Party today, but one of our readers did and she sends pictures, so I post ’em here. She said about 200 showed up to protest higher taxes and bigger government. 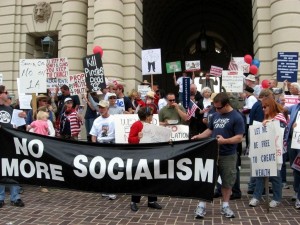 It’s not just Obama we Californians are mad at. With our Governor, having won election running against his predecessor’s proposed tax hikes, now having increased income, sales, car and gas taxes, protesters are criticizing him as well. 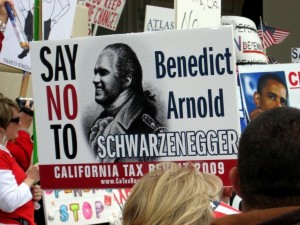 FROM THE COMMENTS: Another reader was also in Pasadena, but she “estimated the crowd at more like 500.” With 500 there and 500 in Yakima, Washington, looks like there could be well over a quarter-million people at these protests, far more than the 214,000 people who signed petitions supporting the president’s budget.