This rally where I arrived about 7 PM was much more subdued than the one in Santa Monica even though the crowd was about four times as big. As in Santa Monica, protesters were waving signs at passing motorists who regularly honked their support.

Signs celebrating the Gipper were in abundance as well as a plethora of clever references to piracy. There was one man eager to get protesters (as per this DailyKos acolyte) to say silly things as he recorded them on his video camera.

Once again, the spirit was a festive one. A lot of people were coming from work, hence the larger crowd.  The Santa Monica rally had been held during the work day.

And there was a more organized public portion of the protest, with a variety of speakers, including actors and activists. One person said, “This is not the end, it’s the beginning.”

Given how little attention the MSM paid to these, they can only grow as word of their success seeps out.

Someone read the speech that launched Obama’s presidential campaign: 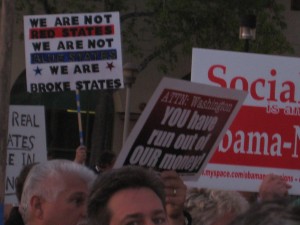 My kind of man.  His (very attractive) girlfriend is one lucky gal. 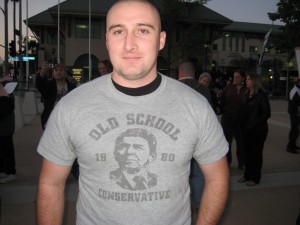 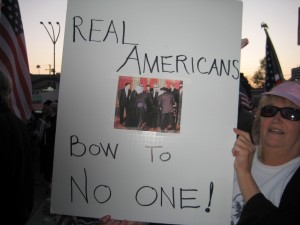 A few people were aware of the latest Department of Homeland Security report on Rightwing extremists: 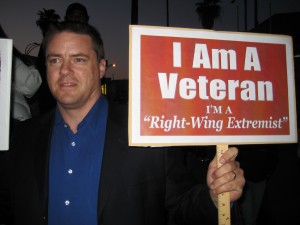 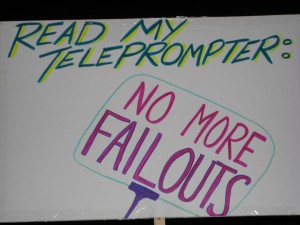 Another man after my heart. 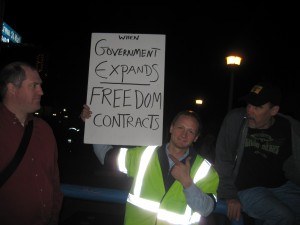