The crowd was about the same size as the first Tea Party I attended, somewhere between 150 and 200 people, but as diverse as past gatherings had been.  Met some recent USC graduates who started up their own blog, the Dana Report.  They’re going to be the vanguard of the movement to start making young people see the error of their ways and move over to the Republican side of the aisle.

It’s a scarcity of employment opportunities and a longing for freedom which will help change their minds.

Here are a few pictures I took: 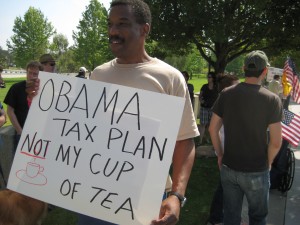 That’s Tony Katz speaking, one of the rally organizers, and all around nice guy:

The focus of this particular Tea Party was the measures on Tuesday’s ballot in the Golden State.  Participants, like this woman, were more than just opposed to the propositions.  She favored a “No” vote on all six.  Some people  intend to vote “Yes” on 1-F, as it would bar salary hikes for Golden State legislators in deficit years.  Personally, I think we should cut salaries of all state bureaucrats as many private sectors have had to take salary cuts in this economy. 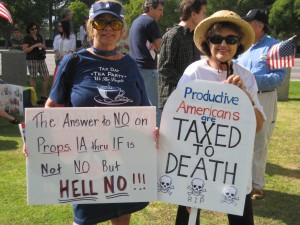 Someone needs to send this woman to the White House.  The President could learn a thing or two from her. 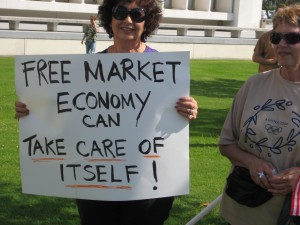 History repeats itself?  People at the rally, many of whom helped spearhead the 2003 recall which brought Arnold to power now want to recall the Governator.  They were circulating petitions at this rally.

UPDATE: And here’s a picture of a reader and myself, taken just after I arrived: 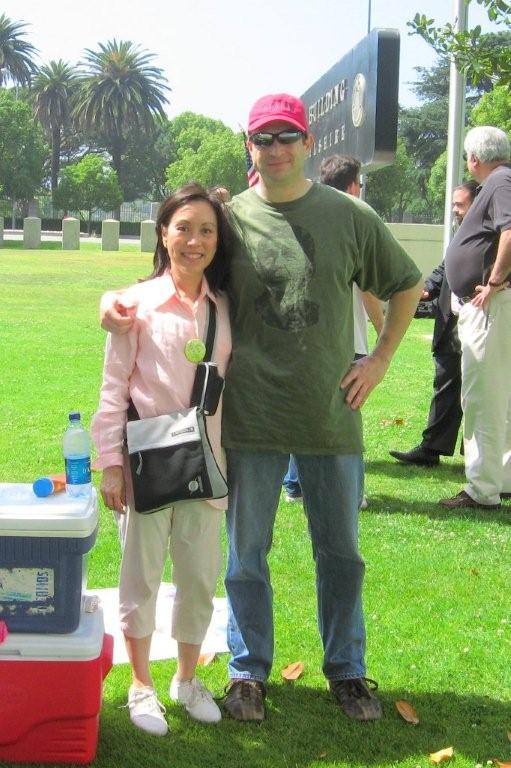