The Peronistas of America are headed to NYC tonight, on the taxpayer’s dime of course, to catch a Broadway show. 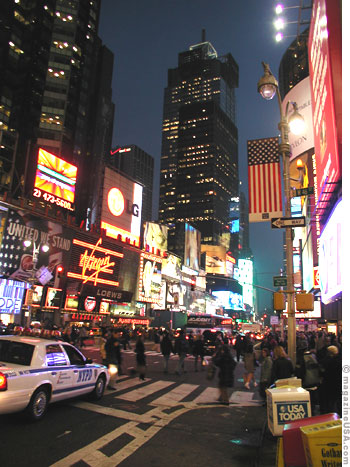 How many of you have been able to jet back-and-forth to NYC lately?  But its okay, we will never know how much it cost.

For the evening, the first couple jetted to New York City for date night. A Broadway show and probably dinner were on tap.

The White House refused to say how much the trip was costing taxpayers.

“Hi, guys,” Obama said to reporters and visitors gathered at the White House as he and Michelle left for their night out.  Both were decked out:  She wore her hair up, heels and a sleeveless black ruffled dress that fell below the knee while he went tieless in a dark suit and white shirt.

My first thought:  what is wrong with staying in DC?

If the Obamas wanted to catch a show closer to the White House, they had some choices in Washington: Tom Stoppard’s “Arcadia” at the Folger Elizabethan Theatre; Valerie Harper in “Looped” at the Lincoln Theatre; “Rent,” at the Warner Theatre; Noel Coward’s “Design for Living” at the Shakespeare Theatre Company; or Stoppard’s “Rock ‘n’ Roll” at the Studio Theatre.

Had this been the Bushes, the networks would be breaking into primetime to begin criticizing the trip.  But lucky for Obama, he has an aggressive media somewhat like the Soviets had.

Aren’t liberals even the teeniest upset about this junket, too???  I wonder when the American people will wake up and realize that they elected a Diva and his Wife to the White House.   While Barack spends our future in billions and billions of dollars, he enjoys a Broadway show tonight.

Good one, Mr. President.  That hurt.