Here is the photo of a true American hero.  It isn’t a photo that is being run 24/7 on NBC, CNN, CBS or even FOX News. 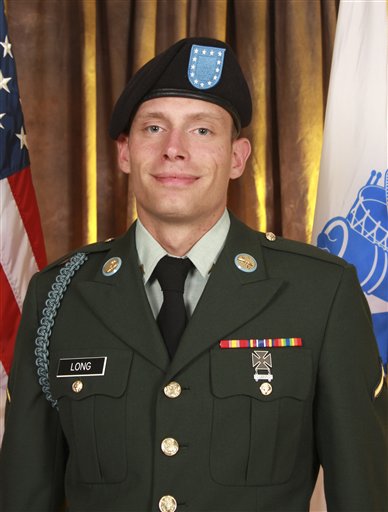 This is a man who, along with this family, volunteered to serve his nation in a time of war and paid the ultimate price on his nation’s own soil.  It is believed to be the first Islamist terror attack on US soil since 9/11.  And so far, President Obama has had nothing to say about the death of Pvt. Long and the shooting at the recruiting center.

Those who are honoring a doctor who aborted 60,000 fetuses need to see what a real hero looks like.

The American Liberal mouthpieces on TV and the internet have not only ignored the Islamist’s terror attack in Little Rock, but they seem more upset about the murder of Dr. Tiller than they did about the attacks of 9/11/2001.