We have reached the tipping point in the public waking up about the dangers (at home & abroad) of the Obama Administration. 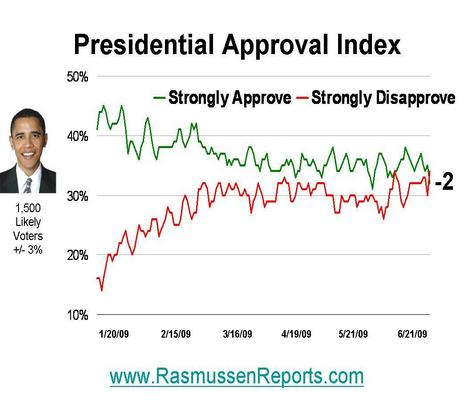 I wonder if his chilly reception to democracy and free elections in Iran has been the last straw for Americans who support liberty and freedom around the world?

UPDATE: And so much for the “demise” of the Republican Party.  The GOP & Dems are TIED for the second straight week in Congressional preference.  These are the same levels seen right before the 1994 GOP tsunami, by the way.  Sorry, Buckeye.