Even my dog Shadow knows when the President’s poll numbers have hit the crapper. 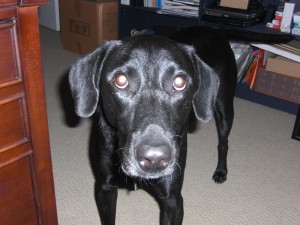 Thirty-nine percent (39%) now give the President good or excellent marks for handling the economy while 43% say he is doing a poor job. Those are by far his lowest ratings yet on the economy.

The Obamessiah has hit Planet Earth.