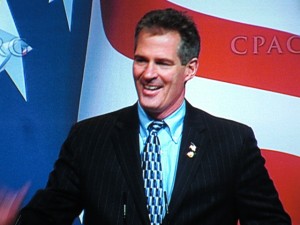 Senator Brown is speaking now and about to introduce Mitt Romney.  I’ll have a short video clip in a moment….