Point One: James Bunning is a 7-time All-Star, Hall of Fame pitcher who retired with a 3.27 ERA (albeit in the National League). He kicks ass. 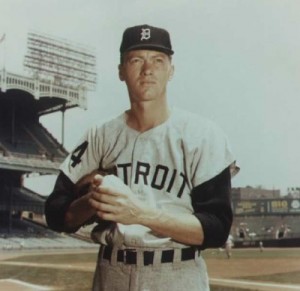 Point Two: He’s not handled his interactions with the press very well. Perfect example is his confrontation with ABC’s Jonathan Karl we’ve all seen a million times by now. Okay, Karl was asking a very stupid question that Bunning had answered a million times already (see more below) and was just goading him for dramatic effect. But Bunning, someone who’s been in Washington since 1987, should be better at such things.

Here’s a guy who long ago, in a public split with his party’s leaders announced he’s not going to seek re-election this fall. So what’s he doing?

Well, the Senate this week was about to extend unemployment benefits at a cost of about $10,000,000,000. Chump change these days, unfortunately. In fact, about a percent and a half of the “stimulus” pork bill’s tab. Say! How about we use some of those unused funds to pay for this program? That’s kinda what he had in mind.

Out of 100 Senators, he’s the only one who is insisting the body live up to the PAYGO provision that was signed by the president last month. Back then, the Kommunity Organizer had this to say about it:

This, of course, is exactly what Bunning was insisting. Despite the vile and childish accusations leveled against him by a parade of Democrats who should know better (and frankly, should have a little more shame than they’re displaying), Bunning is in favor of extending these benefits. He was just insisting that the Senate pay for them. Crazy idea, I know.

In a body where just last week a $15,000,000,000 “jobs” pork-laden useless bill was passed because, heck, it’s not that much money anymore without any plan to pay for it, we need a few more Jim Bunnings. Instead, he was vilified by the Democrats in the most dispicable way, calling him names and demonizing him.

Ironically, Bunning had suggested several times ways to pay for this extension, and in fact, Senate Majority Leader Reid could have at any time called for cloture to move the legislation forward but instead chose not to simply to take shots at (again, I say) the only man in the Senate insisting this be paid for.

What Democrats won’t do to demonize Republicans. Like a badger cornered, they’re doing all they can to demonize the other side regardless of the facts. Shame on them. And shame also on his fellow Republicans for allowing him to be torn up by the dogs of the media and the Democratic party.