Hastily put together, the 2010 Los Angeles Tax Day Tea Party took place outside Senator Dianne Feinstein’s office at the corner of Santa Monica and Sepulveda in West LA.  And while we rallied in this heart of Waxman-Waters country, hoisting our signs opposing Obama’s big-government agenda and supporting free market reforms and did receive a few extended middle fingers (one through the sun roof of a red Prius), we heard even more supportive honks and witnessed numerous appreciatve thumbs up.

This crowd was most welcoming of the GayPatriot readers who showed up, 8 by my count, 2 straight women, 1 left-leaning lesbian and five gay men.  We made known our sexuality, they made us feel welcome, more welcome indeed than many of us felt when we make known our conservatism (or just plain iconoclasm) at Gay Pride events.

Two of us (two gay men, that is) even got speaking berths. I spoke very briefly, telling the crowd that Barney Frank does not speak for gay people and that many gay Americans favor small government and prefer freedom.  Wearing a “Reagan in ’80” T-shirt and Reagan ballcap, I called the Gipper the president of my youth whose ideas are the ideas of the future.  I received a resounding round of applause–which didn’t end when I, with a jovial grin on my face, said, “We’re Here, We’re Queer, We want to Repeal Obamacare.” 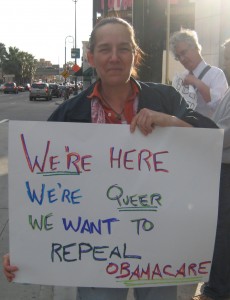 Keep an eye on this space as I’ll be posting pictures throughout the night as I review those I took earlier today. 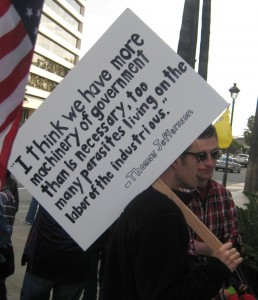 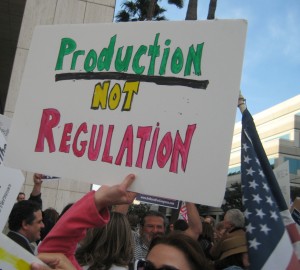 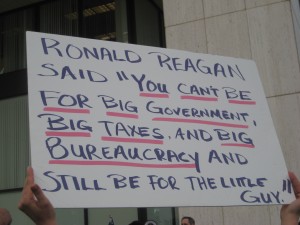 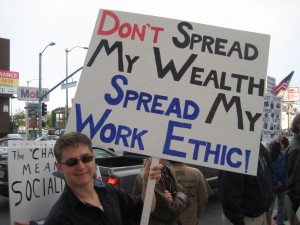 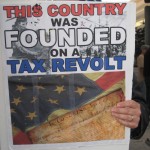 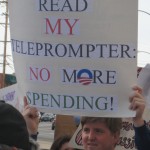 A Right-wing extremist who reads this blog: 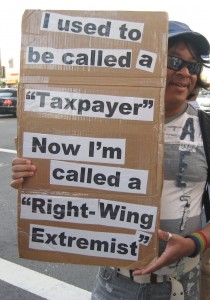