This morning I had the pleasure of joining CO-1 Congressional candidate Dr. Mike Fallon, his two kids, mother, and some members of Denver’s LCR chapter at Denver’s AIDS walk. No sign of Diana DeGette. Maybe she heard he’d be there (she has a tendency to avoid those who don’t agree with her—like, for example, her constituents). 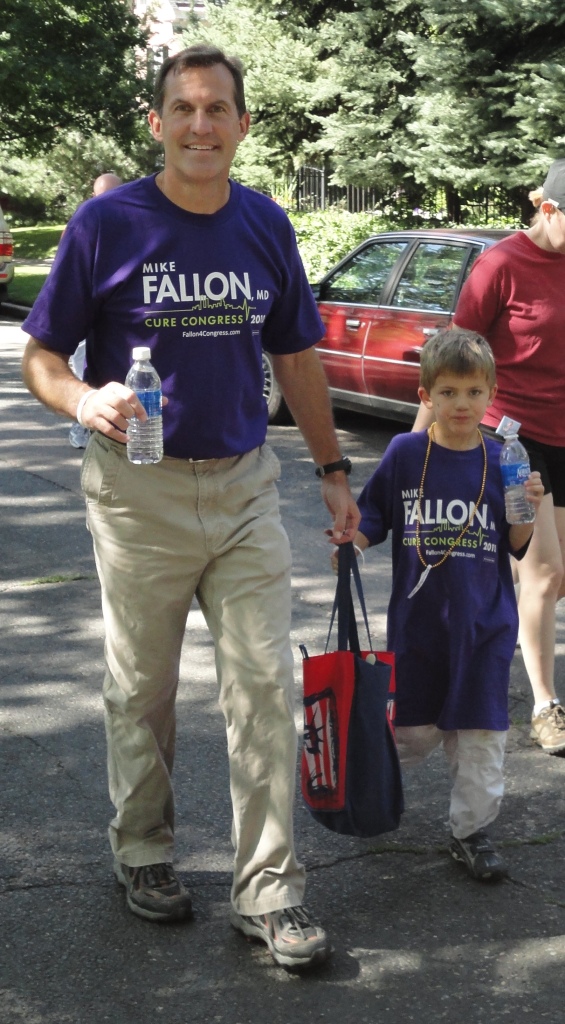 Mike’s a great candidate, and as we witnessed earlier this summer when he joined me campaigning at Denver Pride, he is incredibly comfortable and welcoming among gays and lesbians. His platform of reform and individual liberty and responsibilities should resonate not only with gays and lesbians, but all Americans who want government out of our lives (seems I recall that was something we used to want, no?).

Had a great time walking with Mike. I invite and encourage you to forward your support and even volunteer to help Mike “Cure Congress” this fall if you’re a Denverite, or to make friends of yours who live here aware of him as getting above the din of our other higher-profile races in Colorado is a challenge this year.

We were also joined for the walk by candidate for Colorado State Senate District 34, Derec Shuler (pictured here with Mike—sorry, guys, like Mike he’s also straight and married). 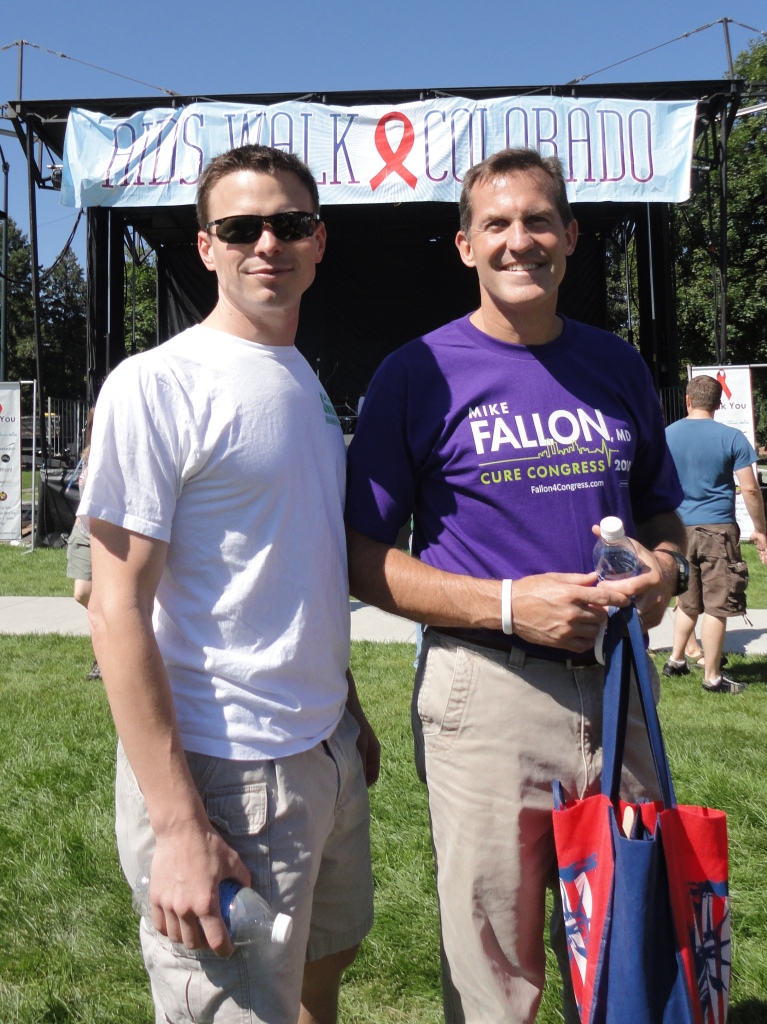 While this is inside for those who don’t call Colorado home (or even the 34th district, as I don’t), it was interesting speaking with him. He has an excellent story, including time spent in the Army Reserves and working for the State Department, including some time in Iraq. He’s a true partriot and has a tough race in yet another deeply blue part of the Queen City of the Plains.

Despite the ugliness of some of our up-ticket primaries this cycle, Colorado—and Denver specifically—hosts a great pool of excellent liberty-minded free-market, small-goverment patriots to help put our state and nation back on the right track. Hopefully the Republicans can stand down the circular firing squad they usually operate during elections and move some of these outstanding candidates into office where they can do the most good.