I’m not in a good mental place as the 9th anniversary of the greatest attack on our nation dawns.  Readers who have been with me from the beginning know that on 9/11 anniversaries, I have normally honored my good friend Joe Ferguson who was on American Airlines Flight #77 that slammed into the Pentagon that day.

But this year I’m in a bad mindset.  Angry.  Frustrated.  Mystified.  Horrified.  My two “tweets” yesterday sum up how I’m feeling as tomorrow approaches. 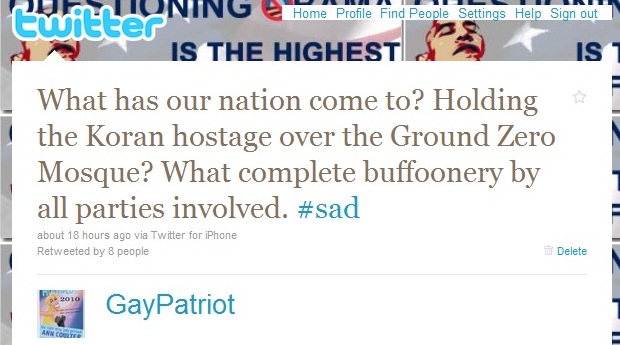 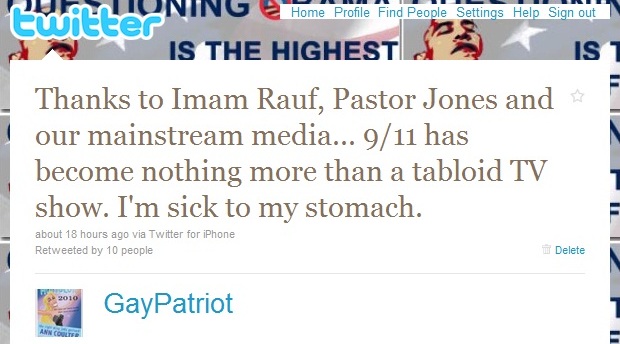 However, I do recommend listening to this Blog Talk Radio show tonight marking the anniversary.