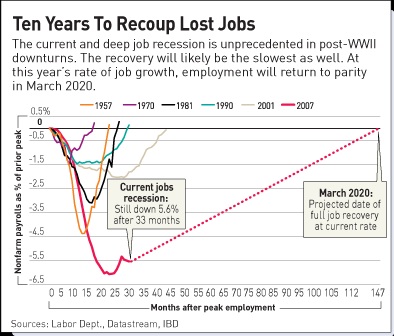 This is the whole that Obama Democrats’ One Trillion Stimulus has dug for our nation and our future generations. Not even a short-term gain for the pain. Just pain all around. Pathetic.

How’s is this NOT a Depression, again? Remind me, please.