When voters in Rep. John Spratt (D-SC) district woke up this morning, this is what they saw on their roads. 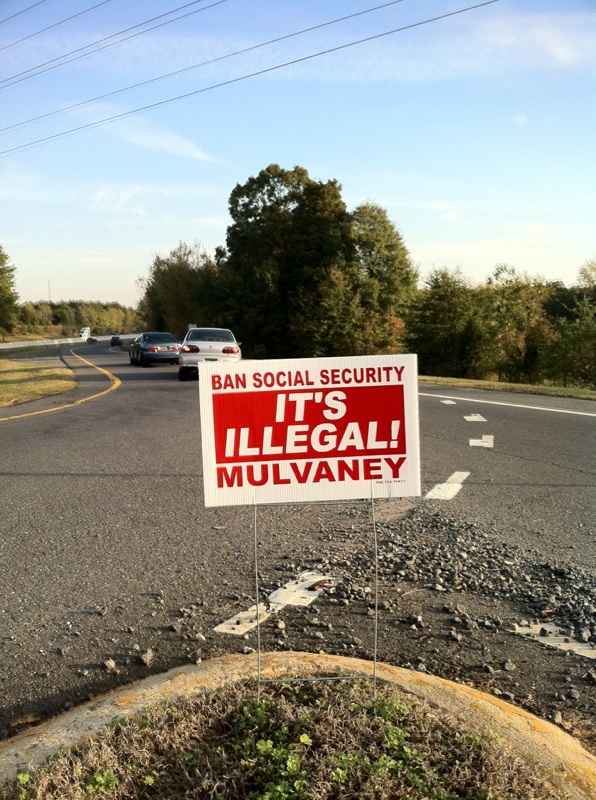 This is NOT a sign for challenger Mick Mulvaney, and it was NOT authorized by “The Tea Party” (see small print to bottom right).  This is a smear campaign by United States Congressman Spratt (or his cronies) who has sucked the life out of America for 24 years.  This is a clear violation of Federal Election laws (not that the laws stop Democrats from stealing elections anyway).

This sign is another example of the desperation of House Democrats and the left-wing lackey groups like MoveOn.org who sent troops down to South Carolina to help Spratt avoid defeat.