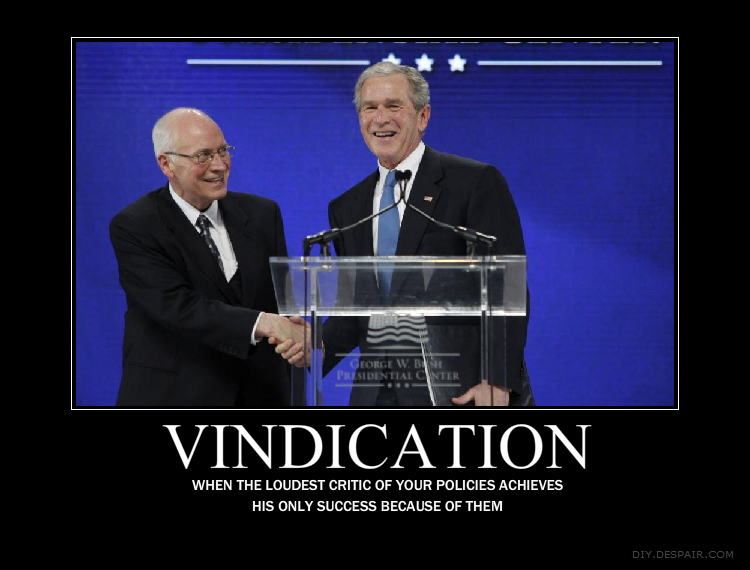 A reader sent this to me. Jim Geraghty has a similar one on Campaign Spot.

When the loudest critic of your policies achieves his only success because of them.  Well, I might quibble a bit with the caption.  It’s not his only success, but his greatest one.