To be fair, this year’s Pride Festival in Los Angeles seemed much less political than past Prides.  I did spot a few Obama 2012 “I’m in!” stickers, but what was striking was not their presence, but their paucity.  Not many gay Angelenos seemed “in” with the incumbent Democratic president.  HRC had been far more successful in getting people to display their equal sign.

But, the extreme left did make an appearance, including some folks, demanding the release of a man who committed treason against the United States of America: 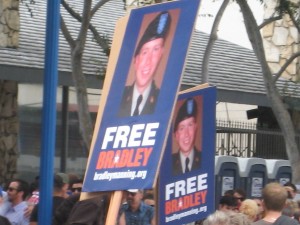 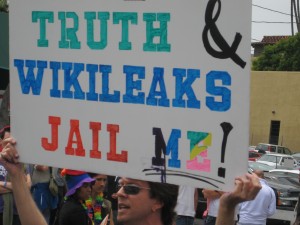 From the Communist-front group ANSWER:

And let’s not forget the unions: 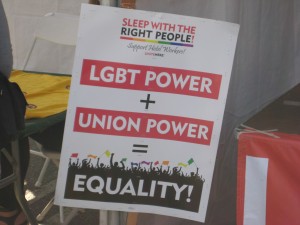 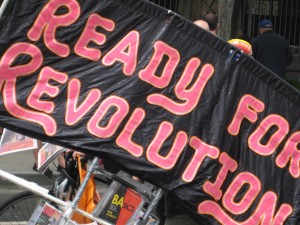 That handful might have been ready for a revolution, but most folks there were just ready to have a good time.