And people wonder why I cannot relate to Gay, Inc. and the liberal/”progressive” leanings of 90% of America’s gay activists??

Here they are… front and center with their radical messages at another anti-American protest movement. 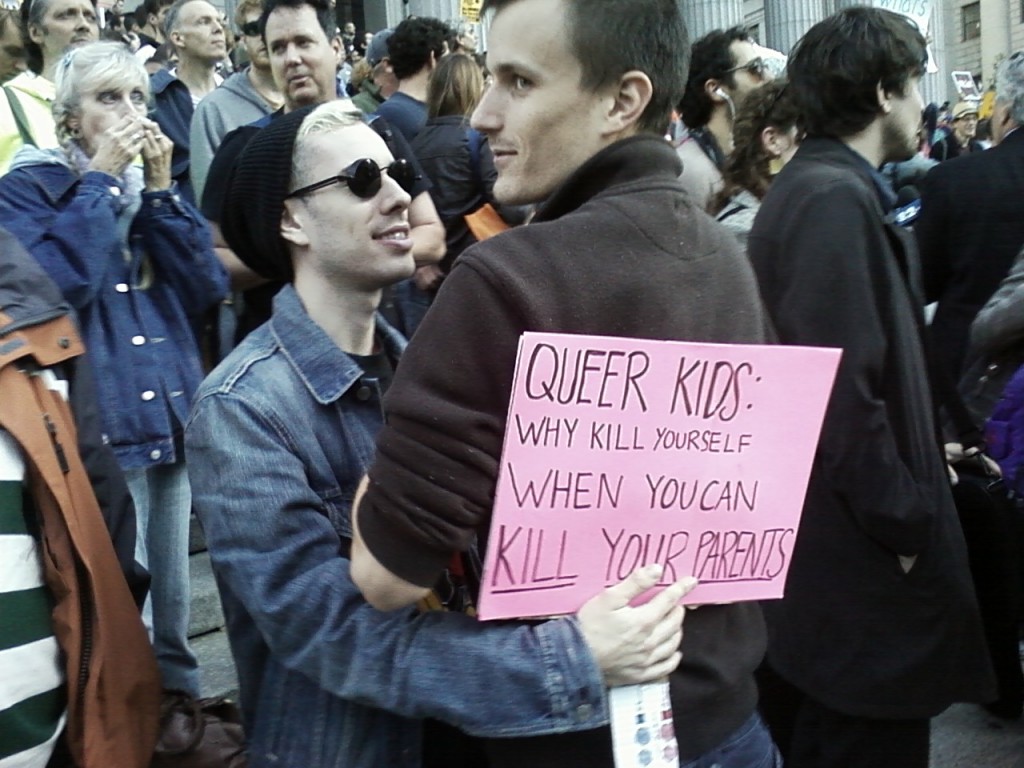