I’m dashing off this quick post from the media room at Wofford College, site of the Republican Presidential Debate. They let me in! LOL. The debate airs live on the CBS television network at 8:00PM Eastern Time. I’ll be live-tweeting and blogging as long as the power on my iPad lasts.

For UP TO THE MINUTE reports from the SC GOP Debate, please follow me on Twitter – @GayPatriot – (www.twitter.com/gaypatriot) 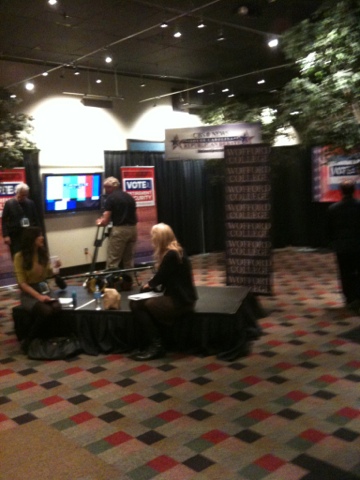 The FOX News satellite truck outside the auditorum… 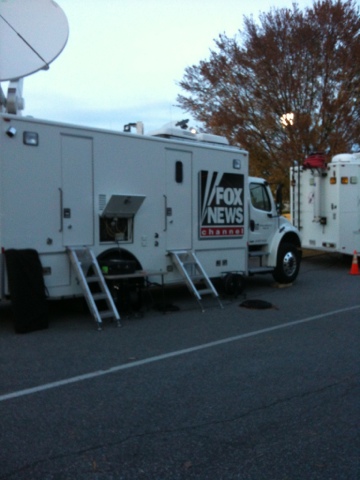