As she closes out her first year in office, Susana Martinez, the first female governor of the Land of Enchantment enjoys sky-high approval ratings, earning “a 65 percent job approval rating from the people of” her state, up from an initial rating just nine months ago. 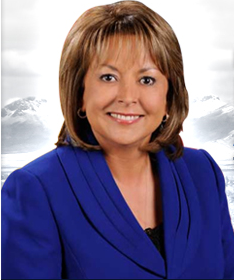 This according to a Public Opinion Strategies poll which had Martinez leading Diane Denish 50% to 42% justt before the November 2010 election — within one point of the final result. Independents approve of this free-market loving woman by an over 2-to-1 margin (62/39).

She’s even above water among Democrats 49/44. Oh yea, Governor Martinez is a Republican.

UPDATE:   Forget to mention that the Democratic Whip in the state’s House of Representatives called this proud American woman “the Mexican.“