Earlier today, I had the chance to sit down for a pleasant lunch with Fred Karger, a one-time political consultant who has tossed his hat in the ring for the GOP presidential nomination and contends he is the first openly gay candidate for a major party’s nod. 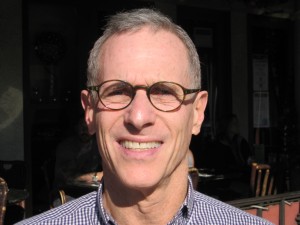 He is nice guy and our conversation was wide-ranging.  I pressed him on the numerous emails I have received from his campaign attacking his fellow Republicans  — and even the faith of two of his rivals.

Today, he said that his primary issue is balancing the federal budget.  He also pointed out how most of the gay groups in Washington have been entirely indifferent to his campaign, saying that the “Republican Party has been more hospitable than the D.C. gay groups.”