Normally, it’s uncanny how much Bruce and I see eye-to-eye.  Even though our perspectives differ slightly, we are often struck by the same stories and reach similar conclusions.  This campaign cycle seems to have upended things.  Bruce mocked Jon Huntsman on twitter; I endorsed him.  Bruce voted for Newt Gingrich; I just don’t see my former boss as cut from presidential timber.

That said, we both retain a commitment to the principles on which our nation was built, a reverence for the vision of the Founders and an appreciation for the greatness of Ronald Reagan. 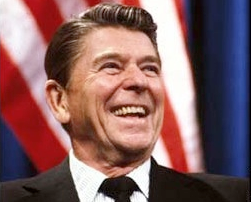 And isn’t it fitting that we post our 9,000th post on the 101st anniversary of his birth?  Happy Birthday, Mr. President.  We could use a man like you about now.