We often speak on this blog on the intolerance we gay conservatives experience from our liberal peers, but in one particular gay environment, Outfest, Los Angeles’s gay and lesbian film festival, I have, by and large, experienced nothing but tolerance from other volunteers and theater managers holding different political views from my own.

Chief among those individuals was Thom Mosley, the man who taught me how to manage a theater when I was promoted.  Even upon learning my politics, he continued to treat me, as he had previously treated me–as he treated all individuals–with dignity and with grace.  Yeah, he’d rib me from time to time, but in a jovial and good-natured way.  And he listened when I offered my opinion.

He had the rare gift of composure in a crisis.  Few could manage a sold-out show — or difficult filmmakers — with greater class than he.

He demonstrated those qualities to which we should all aspire.  Thom passed away yesterday after a long battle with cancer.  He was a great — and a good — man.  He will be missed. 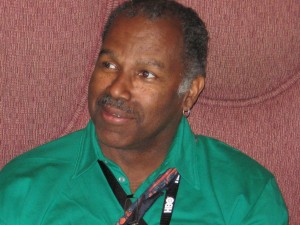 May the Holy One bring comfort to his family and friends at this difficult time.