This morning I was greeted with a message from someone on Twitter I had never heard of before. 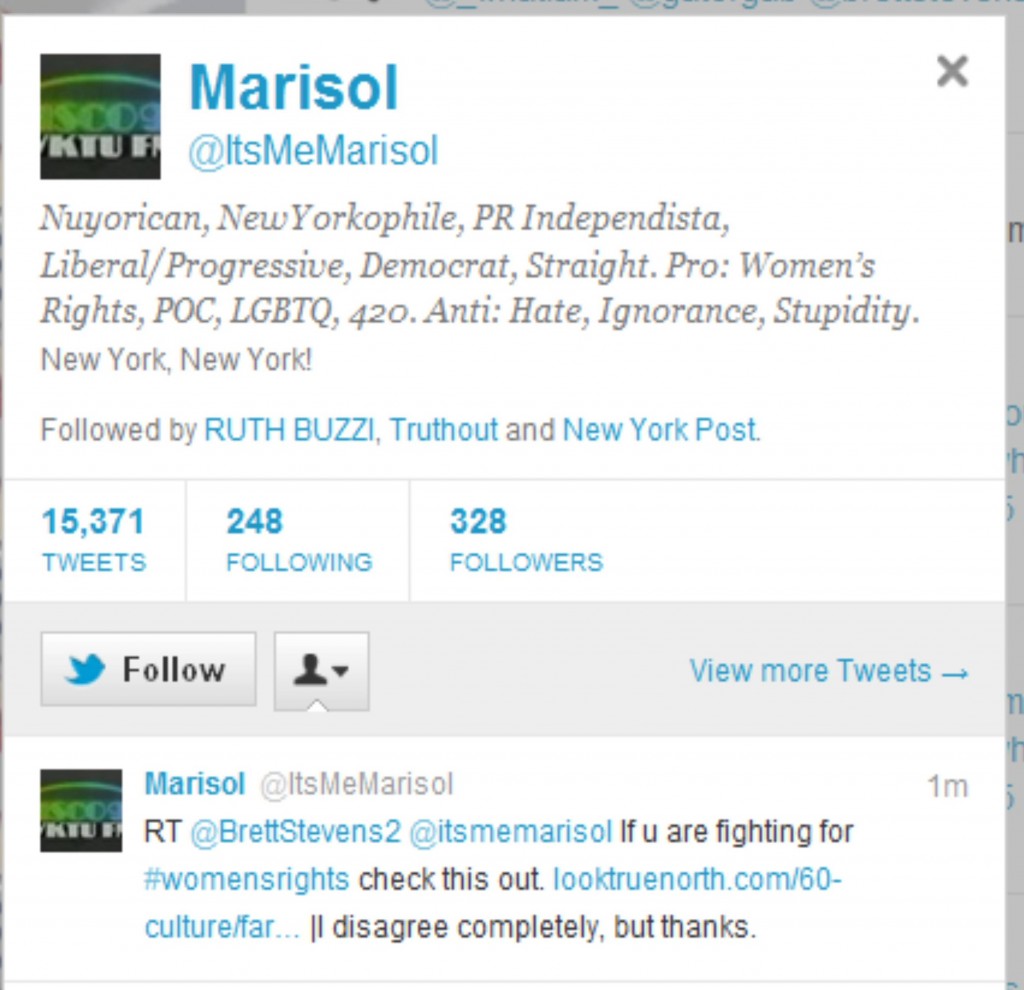 And here was her lovely message to me…. 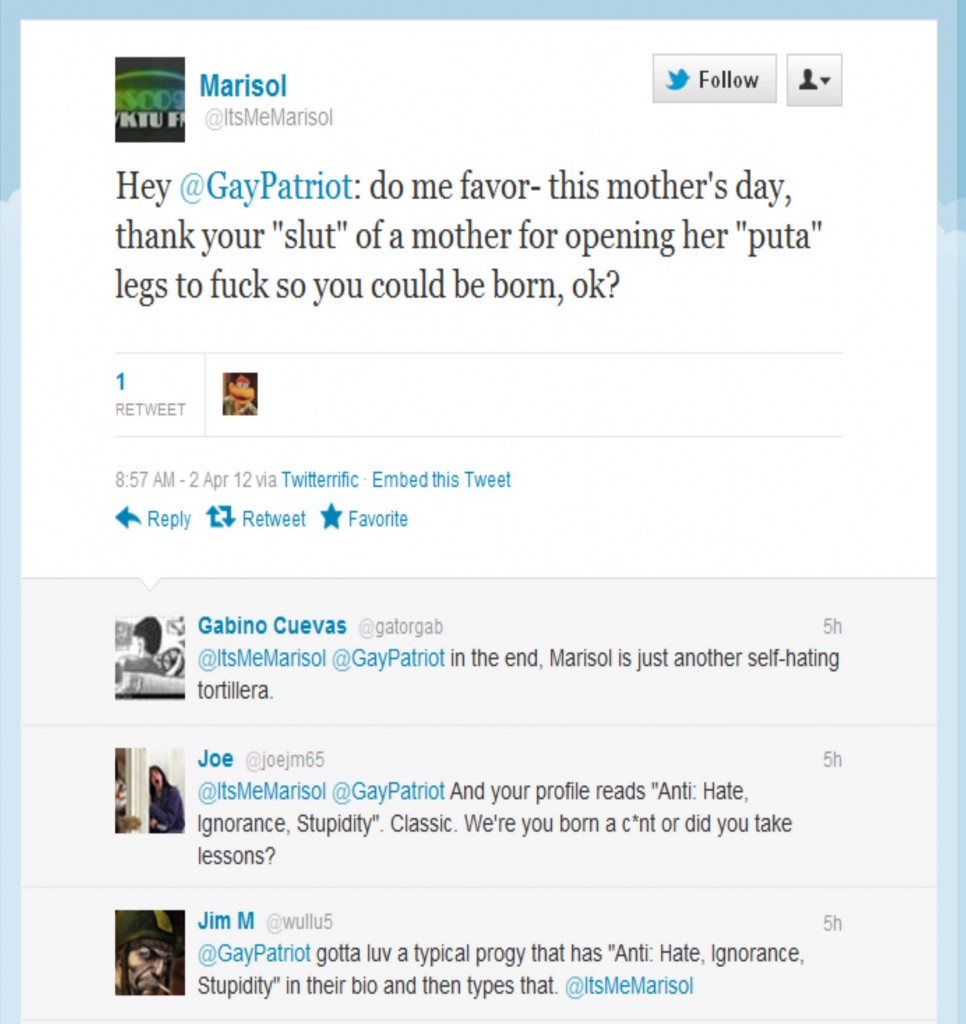 I hope my Mom… or hers…. doesn’t read this posting.

Readers of this blog are well aware of the high regard in which I hold Peggy Noonan, having dubbed her the Athena of punditry in 2005.  She lost a lot of favor with conservatives at the tail-end of the 2008 presidential campaign when she commented favorably on the Democratic nominee for president and his campaign.

Her hope for ability to unite the nation and transform its politics has changed.  She has long since soured on the Democrat, having castigated him earlier this year for (and again on Friday) for his policies mandating “that agencies of the Catholic Church would have to provide birth-control services the church finds morally repugnant.”

In that same piece, she questioned whether the president has a relationship with the American people:

A president only gets a year or two to forge real bonds with the American people. In that time a crucial thing he must establish is that what is on his mind is what is on their mind. This is especially true during a crisis.

From the day Mr. Obama was sworn in, what was on the mind of the American people was financial calamity—unemployment, declining home values, foreclosures.

As the American people were thinking about such things, the Democrat’s mind was elsewhere:  “on health care.”

Read the whole thing and note especially the “entirely abstract sense of America” held by what she dubs the incumbent’s “hermetically sealed inner circle”.

And she offers the defining irony (perhaps) the president’s most intense reelection campaign:  Obama “is said by all who know him to be deeply competitive, but . . . doesn’t seem to like his job that much.”  He wants to win for the sake of winning — and not for the job that comes with the laurels*.  No wonder he’s been holding so many fundraisers.  (And still has “has less cash on hand in his re-election bid than [did] his predecessor.)

It does seem you can count on the New York Times editorial page to repeat the talking points of the Obama administration.  And now apparently, their star columnist has joined the fray.  According to Jeff Poor in the Daily Caller, Tom Friedman is now calling the Republican Party “a radical party”:

I think it is the fact that in my view the Republican Party is no longer a conservative party. It’s become a radical party on a lot of these key issues.

(Via Hot Air headlines.) Well, Tom, it is a fact that that is your view.  Problem is though that most Americans don’t agree with you.  Republicans now have a modest lead over Democrats in the RealClearPolitics average of the generic congressional ballot.

And it’s not just that poll.  As John Hinderaker reports, Rasmussen’s “latest ‘voters trust’ survey” shows Americans preferring Republicans to Democrats on 6 of 10 key issues, including the economy (“far and away the most important thing on voters’ minds this election“) where the supposedly radical party leads the president’s party by 11 points (49-38).  On national security the GOP has a 9-point edge (48-39).  On taxes, it’s a 6-point edge.

That’s one point higher than the Democrats’ largest margin — on education where voters trust them by a 44-39 margin.  Wonder if the margin would favor the Republicans if the producers of Waiting for Superman had addressed the ties between the teachers’ unions and the Democratic Party.

Seems Mr. Friedman is the voice of the liberal mindset (much heralded among those who share his opinions) rather than a man attuned to the realities of American politics.

SORT OF RELATED:  And this prominent New Yorker, the voice of a community entirely different from Mr. Friedman’s, has been calling the president’s policies “radical.”  (Via Gateway Pundit.)

Take a gander at these ads being run on The Gateway Pundit:

Did the screen capture in order to include part of a post Jim had featuring a new anti-Obama banner campaign “Got Fooled?”

This isn’t the first time I’ve caught ads for liberal candidates on conservative blogs. Wonder if any liberal blogs have ads for conservative candidates. . .

NB:  Changed the title after first posting it.