Earlier today, a liberal friend posted this on Facebook, sharing it from some left-of-center site: 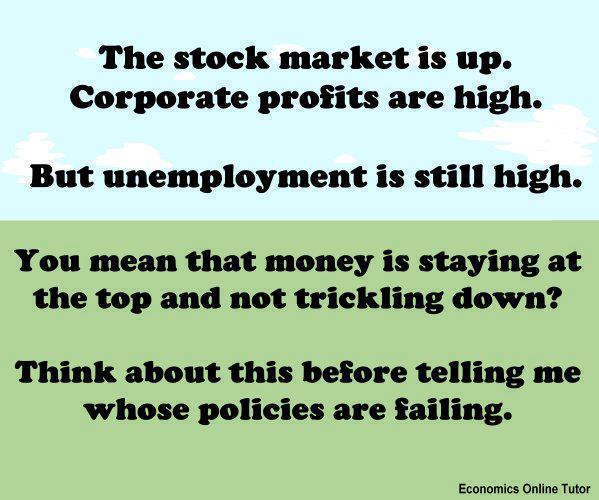 Just whose policies are failing? Barack Obama has been president for 3 years and 8 months.

Hat tip to our reader Leah for her quip which helped me craft the title.

FROM THE COMMENTS: Diane offers, “Corporations are hoding onto their profits because the future is uncertain.”

RELATED:  Yeah, it sure does seem that the legacy media are treating Romney like an incumbent.