I am almost skeptical of these stories, but was less so this time, given the picture of Kyle Wood.  He is not the first person to have staged such a crime and is perhaps the first gay Republican to have perpetrated such a hoax.  Perhaps, he sought to draw attention to the prejudice we gay Republicans face because of or heterodox (at least in the gay community) opinions.

But, he only succeeded in casting doubt on that prejudice.

It has been four days since gay Republican Kyle Wood was beaten at his home — after an anti-gay and other slurs were spray-painted on his car.  And these are what searches of HRC’s and GLAAD’s web-sites yield: 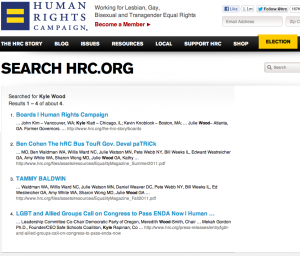 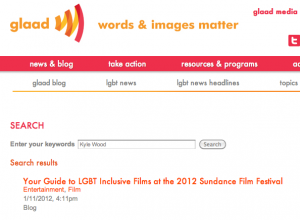 Gotta have your priorities.