Make sure to check below the jump as I’ll be updating with pictures as Clayton sends them.

Two hours before the Mitt Romney rally is supposed to begin in Denver, our reader Clayton who is sitting on the stage e-mails us this picture of the crowd: 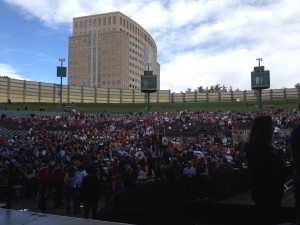 Looks like the crowd is already bigger than each of Obama’s recent Ohio rallies. Many polls try to measure enthusiasm by asking respondents about the excitement.

The real gauge, however, is not in questions answered, but deeds performed. If people are willing to give up an afternoon — or a day — to attend a political rally then that shows real commitment and suggests they represent a groundswell for their candidate.

We certainly saw that for Obama in 2008; we seem to be seeing that for Mitt Romney this week.

As John Hinderaker wrote about yesterday’s West Chester rally, “The fact that tens of thousands are willing to commit to that kind of time and inconvenience demonstrates how dedicated Republican voters are this year.” 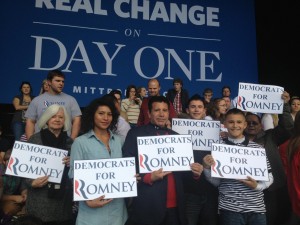 UP-UPDATE:  Maybe the youth this year are voting Republican: 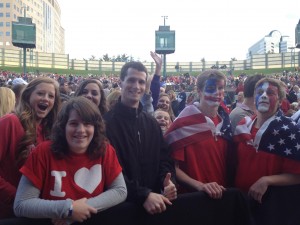 UP-UP-UPDATE: Seems like there are more women than men at this rally: 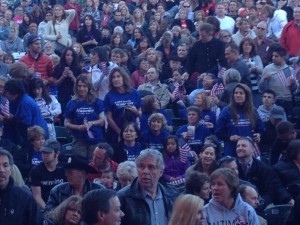 UP-UP-UP-UPDATE: This crowd is now at least as big as all four Obama Ohio rallies combined–perhaps bigger: 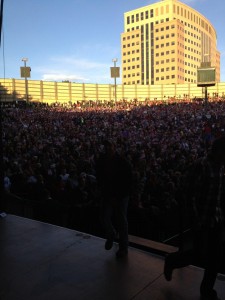 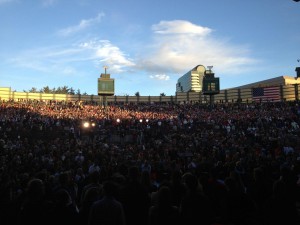 UP-UP-UP-UP-UPDATE: And here’s a picture of our correspondent just behind Romney: 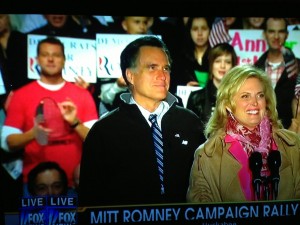