Just caught this headline on Yahoo! 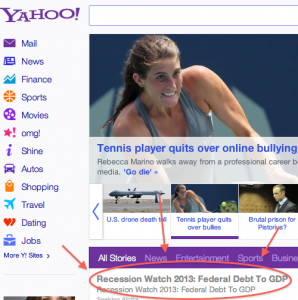 The White House on Wednesday pushed for tens of billions of dollars in stimulus funding for decaying roads and bridges, a request dismissed by Republicans as not serious amid the broader debate over spending cuts in Washington.

The plan outlined by administration officials Wednesday calls for $50 billion in spending on highways, transit systems and airports, part of the president’s push for a wave of new government investments. Like other ideas touted in President Obama’s State of the Union address, it lacks a payment plan.

The Democrat does seem oblivious to our nation’s spending problem.