This is a nice illustration of the point that a large government debt and a sluggish economy go together: 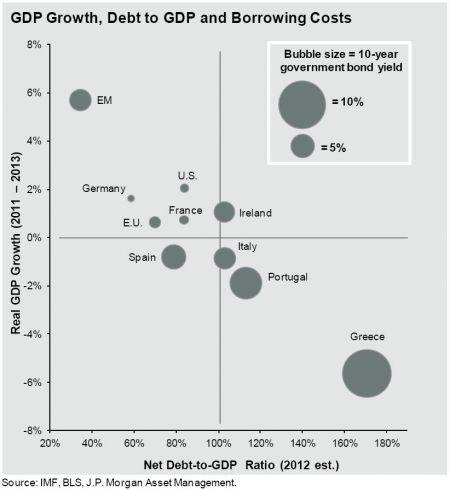 But one could argue for at least some causation in the other direction: if a country is low-growth to begin with, it will be higher-debt, just because it can’t grow out of its debts as easily. My counter-argument is that it almost doesn’t matter: The picture suggests that, once your country is stuck in a high debt / low growth mode, adding more debt (or Keynesian “stimulus”) just makes you Greece.