Over at HotAir, they pose the crucial one: So, who changed the Benghazi talking points?

The White House needs not just to answer that question, but also to tell the American people which Obama Administration officials signed off on the changes – or were otherwise aware of them.  And whether President Obama and then-Secretary of State Hillary R. Clinton knew they had been doctored.

(And it would be nice if those who did the changing could explain, under oath and in front of cameras, why they did what they did.)

If Democrats say, well Benghazi was long ago and Republicans are just obsessing about Benghazi, then respond that the reason we keep bringing this up is because the Obama team refuses to answer the questions. And until we know the answers, we’ll keep pressing.

Should you think we’re being obsessive about this, then please tell us why the Obama team would rather. more than six months after Mitt Romney lost his bid for the White House, attack that Republican* than answer questions. And why, as even the left-leaning Yahoo! editors have observed, the president’s spokesman is becoming quite “defensive”: 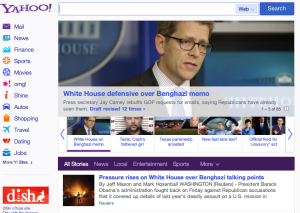 *Maybe Mr. Carney sees himself not in the role of information provider but of campaigner.