The folks at the Huffington Post are at it again. This is the #1 news item: 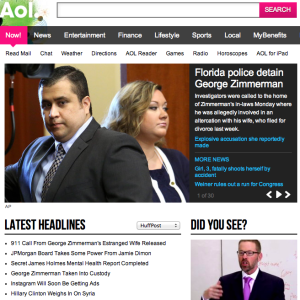 If only AOL gave half as much attention to the various IRS scandals.