Something that flew over the Facebook Transom: 80’s Pop Stars, Some Aging Gracefully, some… not so much. Some of the dames are holding up nicely; Debbie Harry, Jane Wiedlin (high school crush), even Terri Nunn — who must have mutant X-Men powers to not look like Helen Thomas’s corpse after all the whorin’ and whatnot — look great.  Time has been less kind to Cyndi Lauper and Kate Bush.

Some of the men have held up well, expecially Frankie Goes to Hollywood’s singer (another surprise) who looks like he could be a London banker or Tory MP… or a Time Lord. And some of the other guys … again…. not so much. 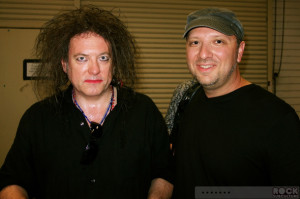 Overall, I’d say the ones who accept aging with grace instead of desperately trying to hold onto fleeting youth, and who apply some discipline to their personal habits (staying fit, eating healthy) seem to be doing better. But the major takeway from this photo essay, I think, is… don’t be Pete Burns.