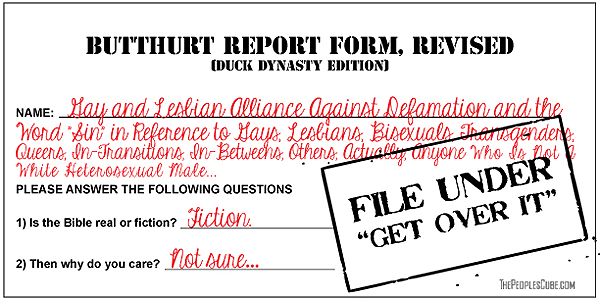 “I would never treat anyone with disrespect just because they are different from me. We are all created by the Almighty and like Him, I love all of humanity. We would all be better off if we loved God and loved each other.” – Intolerant, bigoted hick, Phil Robertson
“I wish they (Republicans) were all f–king dead!” – Tolerant, enlightened leftist, Dan Savage