This poster was hanging in a Middle School (7th and 8th graders) in Kansas of all places. 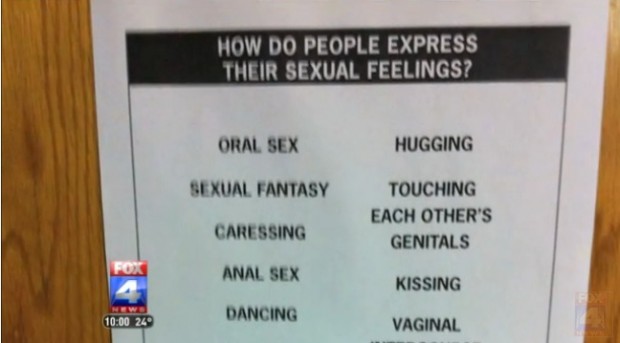 The School is giving the standard defenses. “The poster is being taken out of context” and “You stupid parents are too stupid to understand the complex and nuanced lessons we are trying to teach.”

And this is why every industrialized country kicks out butt in scholastic achievement.