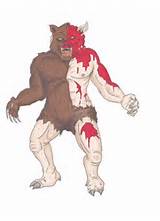 Imagine if the day after tomorrow, all of the climate scienticians at the UN, the EPA, and around the world released the following statement: “Our predictions of catastrophic global warming have not been borne out by the empirical data collected over the last thirty years. The models we used to predict global warming failed to take into account such factors as cloud formation, solar activity, and numerous other natural phenomena. All evidence gathered to data suggests that human activity has a negligible impact on the global macroclimate compared with other natural phenomena.”

Certainly, there is money involved; there is a vast gravy train of Government and private grants to study Global Warming, and an even larger gravy train of Government (taxpayer) subsidies to well-connected cronies in the “Green Energy” field. But another reason the progressive left can’t give up on Global Warming is that to do so would mean admitting that what they call “science” was wrong.

This latter point is important. The progressive left treats science not as a structured and rational way to explain natural phenomena but as a cudgel against religious belief,traditional values, and individual liberty. “Your archaic superstitions and magical sky-gods are no match for our almighty and infallible Science!” they proclaim. Admitting that the empirical data does not support catastrophic global warming … the Ragnarok of secular progressivism… would be tantamount to admitting their God had failed.

It would be a lot easier to back off now if they had been more honest thirty-odd years ago, and said, “We have a hypothesis that human activity may contribute to warming of the global climate. We need to study this phenomenon and determine if the hypothess is valid.” Instead, they leapt immediately to, “The Earth has a fever, and free enterprise is going to destroy the planet unless the global capitalist system is dismantled and individual liberties are subjugated to Government for the collective good.” (This was the central thesis of Al Gore’s “Earth in the Balance.”)

The left likes to say “The Science is settled.” But the fact is, as far as they were concerned, the science was settled as soon as it became apparent that Global Warming could be used to advance the progressive socialist agenda. At that point, the progressive left abandoned real science in favor of “Science.”

It’s an ironic twist, is it not, that the secular progressivism left has more to fear from real science than the Religious Right? And just as ironic that because they abandoned real science, the progressive left has to maintain a lie for fear of losing the credibility they claim from “Science.”

Update: The Eurotopians have begun quietly backing away from the Global Warming abyss, but in Obamaland, it’s full speed ahead.