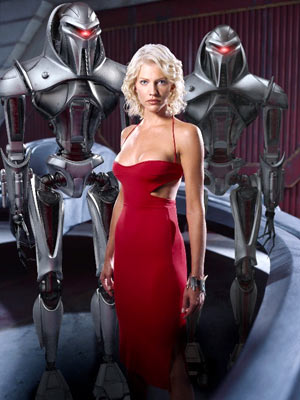 Technology is bringing society to a watershed; robots are now capable of performing a full range of manufacturing tasks formerly provided by overpaid union laborers. A full 70% of occupations may become obsolete in the next two decades because of advances in robotics. Robots are on the edge of pushing into job areas that were previously inaccessible — service industry jobs, agricultural labor, child care, teaching, transport, and even skilled occupations such as medical care.

We are rapidly approaching the point where any job can be replaced by machines; even actors and models. (Let’s face it, with all the airbrushing and whatnot, the human form became insufficiently aesthetically pleasing years ago; and actors are expensive and annoying.)

The living wage debate becomes irrelevant when low-skilled manual labor jobs are replaced by efficient machines. Already, it’s ludicrous for fast food employees to demand $15 an hour when they can easily be replaced by touchscreens. Demands for higher wages accelerate the day when kitchen jobs are replaced by machines as well.

Also, low-skill jobs in agriculture, construction, and hospitality can also be performed by robots. On the one hand, this will reduce demand for the millions of cheap foreign laborers business interests are so eager to import. On the other hand, uneducated immigrants can still collect welfare and vote multiple times; making them an invaluable Democrat constituency. Automation will not end illegal immigration, and may well accelerate it.

An economy with millions more idle workers who have no prospects for employment will undoubtedly demand more welfare from the Government. Which will inevitably mean higher taxes on those fortunate enough to still be employed.

And then there is the inevitable issue of human-robot marriage.