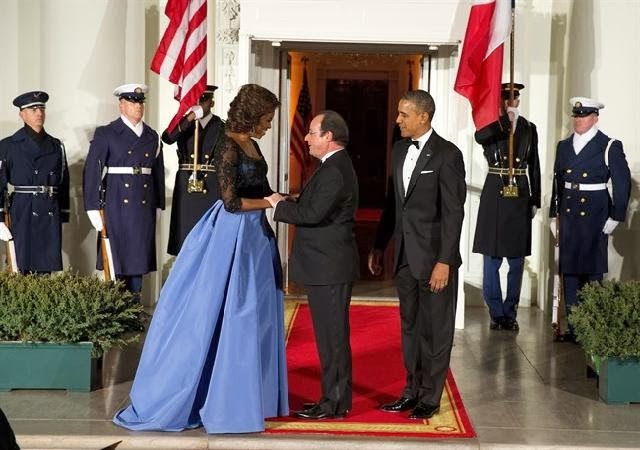 Estimated Cost of the dress Mrs. Obama wore to the State Dinner that Congressman Ryan attended: $12,000
US poverty line: $11,490.

But maybe she wore the dress to a party attended by some of her husband’s wealthiest donors in hopes of making a statement about income inequality. And that statement would be, “Income inequality, F— Yeah!”

So far, no confirmation that Mrs. Obama requested that leftover cake from the party be distributed to the unemployed.

Commenter runningrn remembers when the left got apoplectic because Ann Romney bought a $900 blouse with her own money.

(Note, this post was heavily edited because I was really, really tired when I first wrote it.)