Number One: Despite hardball tactics from the UAW and complete cooperation by Volkswagen, workers at a Chattanooga TN automobile factory voted decisively not to unionize. Union leaders blamed outside forces for the loss; outside forces in this case being wisdom and common sense.

Keeping with the theme of the day, if unions are so damned terrific, why does Mr. Michael Moore – an avowed socialist and union supporter – make his movies with non-union labor?  Why did the lefty owners of Ben & Jerry’s Ice Cream and Portland OR’s Powell’s Bookstore resist their employees efforts to unionize?

Unions, at this stage in our history, have become legalized extortion rackets. Despite being born and raised in Michigan, I will no longer buy automobiles built by the UAW. Buying a UAW-built car is as good as writing a check to the Democrat Party. 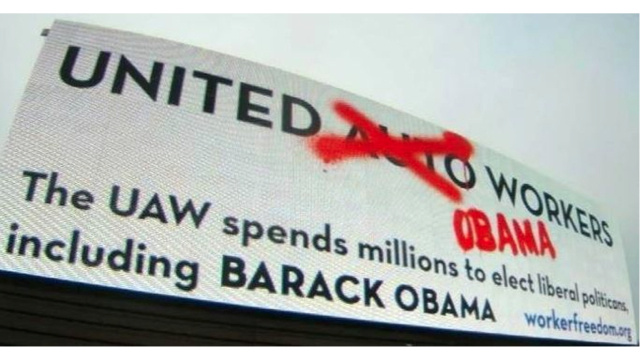