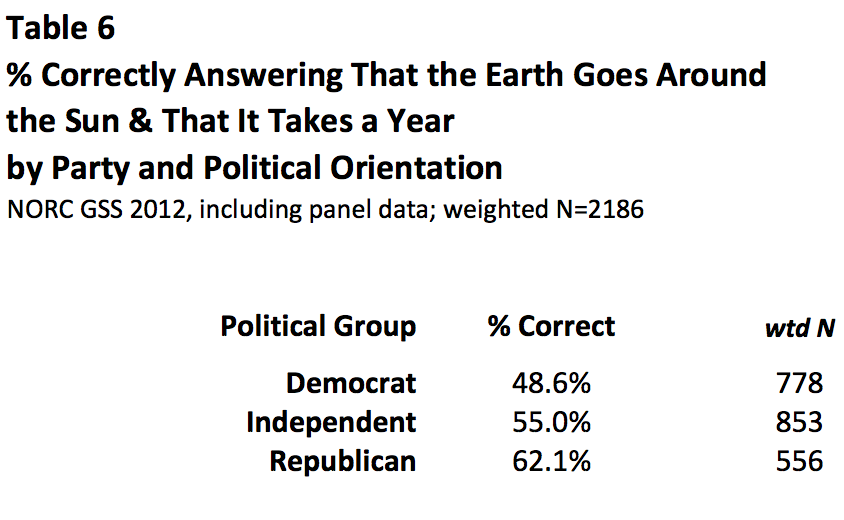 This is primarily because 51% of Democrats believe the Earth revolves around Obama.