The Arizona “gay bill” has been severely misrepresented accordin to a bipartisan group of lawyers from both sides of the gay marriage debate. It is not a “turn away the gays bill” as the MFM and the histrionic left (but I repeat myself) have portrayed it.

Everything after this is a rant; feel free to ignore it.

There are several personality traits that define a sociopath. Some of the key ones are: Superficial charm, Untruthfulness and insincerity, Lack of remorse and shame, and Pathologic egocentricity and incapacity for love,

A sociopath is not led by facts and reason to a conclusion; they are not relevant, only the conclusion is relevant. The sociopath wants what he wants. Often, what he wants is ego gratification through forcing others to capitulate.

You can’t argue with sociopaths. They don’t care about reason, or liberty, or freedom. They only care about getting their way; which in this case means forcing Christians to bake cakes and arrange flowers for gays. Because that will mean that they win and Christians lose, and that’s all that matters; the Power. And they know that their fellow sociopaths in politics, business, the media, and the courts… career fields that reward and celebrate sociopathic behavior… will be only too happy to grant them that power.

Normal, reasonable people are capable of getting along without constantly having to stir sh-t up. But Drama Queens (which, when you think about it, is just another word for sociopath) love stirring sh-t up and turn people against each other for their benefit and amusement. 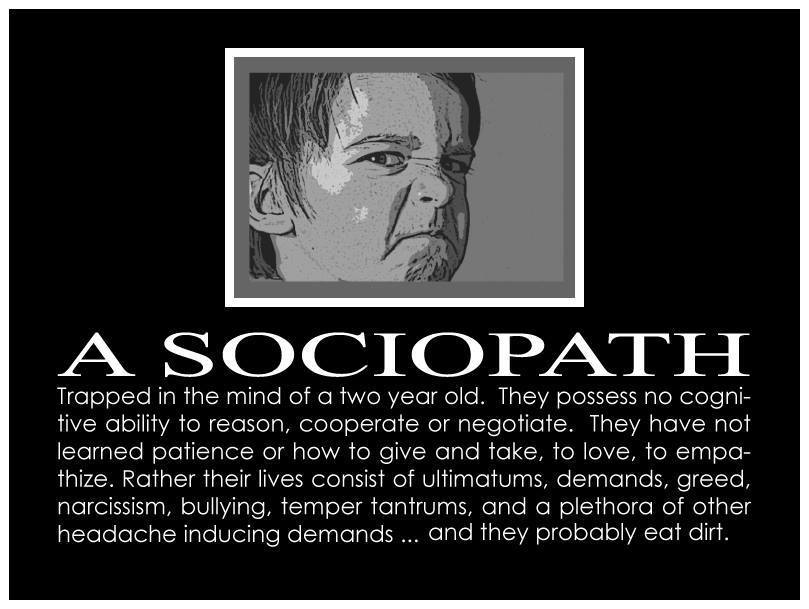