Some of us are old enough to remember the ABC Afterschool Specials, which were usually (but not always) some sort of teenaged melodrama wrapped around a pedantic message about kindness and understanding, or somesuch. I was reminded of them when I saw US Secretary of State John Kerry lecture former KGB Chief Vladimir Putin that “nice people don’t invade other countries.”

This is not the way modern nations resolve problems. There is still a right set of options. Not invasion. @FaceTheNation

There is a naive belief in the Obama Administration that countries can be persuaded out of acting in their strategic interests if you tell their leaders they aren’t cool and the rest of the cool kids won’t like them. What works on the Republican Leadership is much less effective against the former head of the KGB.

Mrs. Bill Clinton, by the way, has gone full Godwin’s Law on Putin. I bet the former KGB Chief is shaking in his Bruno Magli jackboots.

“The low-IQ US president and his country’s Secretary of State John Kerry speak of the effectiveness of ‘the US options on the table’ on Iran while this phrase is mocked at and has become a joke among the Iranian nation, specially the children,” said General Jazzayeri, according to Fars News Agency.

I can’t imagine that word of the first drag show to take place on an American military base has done much to frighten the Iranian military either. 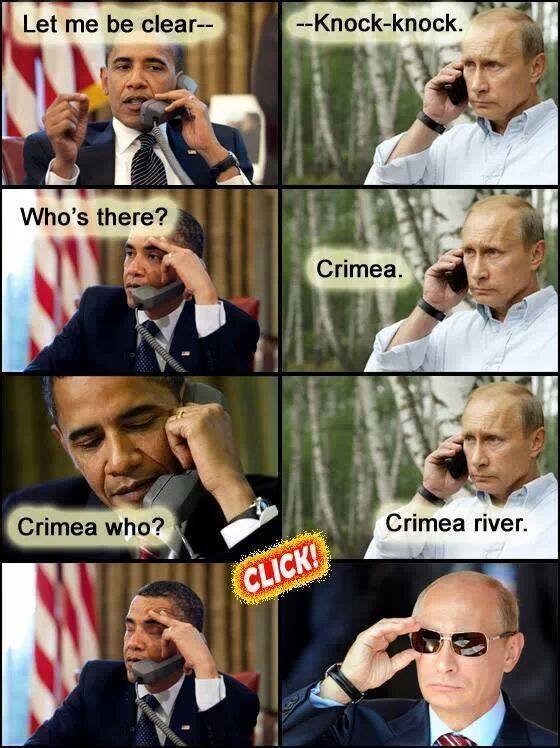