These posters have been going up in southern California in advance of a scheduled appearance by Texas Senator Ted Cruz. The Cruz Missile approves. 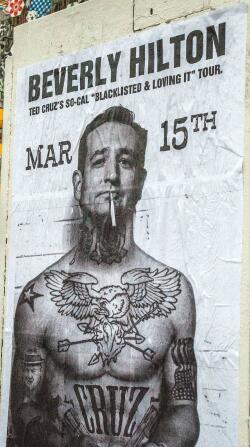 Which inspired another Photoshop. (John McCain must be going nuts with impotent jealousy.) [After the jump.]

Update: Ted Cruz… bad boy of the US Senate. 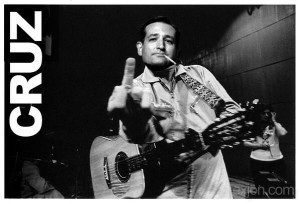