All eyes are on Washington as the President resumes the Very Important Business of filling out his NCAA brackets. Cuffy has a sugestion for his Final Four. 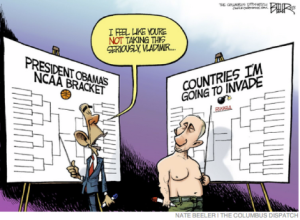