Washingtonian Mom tried to do a breezy puff-piece on Obama Spokesflack Jay Carney and his wife, MFM Regime Propagandist Claire Shipman, including some staged family pictures to make them all warm and smart; going to the same lengths they would go to to make a conservative look mean and stupid. 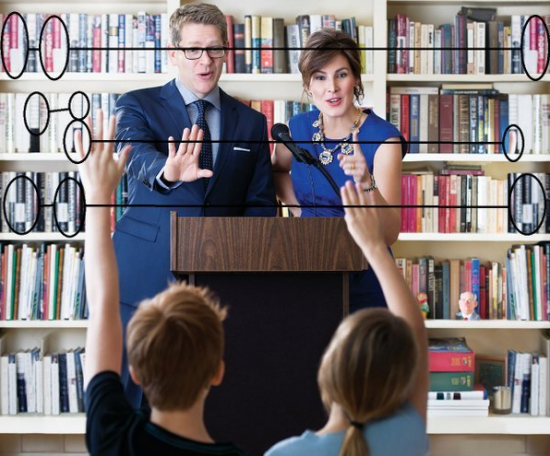 Aside from the very obvious Photoshops, others couldn’t help but notice the Soviet Army posters hanging on the walls in the background.

Now we’re used to Jay Carney giving us the finger, but to lop off his kid’s pinkie to prove a point is rather extreme. In any case, it’s amusing to note the lengths to which the media will go to make Democratic bureaucrats appealing to us.

In the run up to the 2008 election, the Atlantic hired a hate-fueled leftist photographer who took unflattering photos of John McCain for their profile. And yet here we have a popular magazine going out of its way to make the condescending Jay Carney look more human. Because they’d do the same for Bush, right?