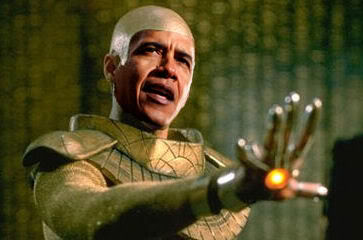 A fawning Obama biographer says that the Lightbringer is disappointed with the world‘s failure to yield to His Awesomeness.

“The profile [of President Obama] that I published in the New Yorker was somebody that eerily, eerily seemed to be claiming himself–it was a sense of not giving up, but of deep frustration–that was the profile that I published in the New Yorker. Somebody frustrated and disappointed,” said Remnick, who has proven to be deeply sympathetic to this president. “And that’s what’s frustrating to me sometimes about Obama is that the world seems to disappoint him,” he continued to laughter from others on the TV set. “Republicans disappoint him, Bashar al-Assad disappoints him, Putin as well.”

And Valerie Jarrett once observed that Obama had been “bored to death his whole life,” because nothing he had ever done had seemed worthy of his talents. Boredom is not the mark of a Great Intellect, but a weak one. Highly intelligent people find in the world a neverending supply of subject matter to engage the mind. It’s the really mundane people who get “bored.”